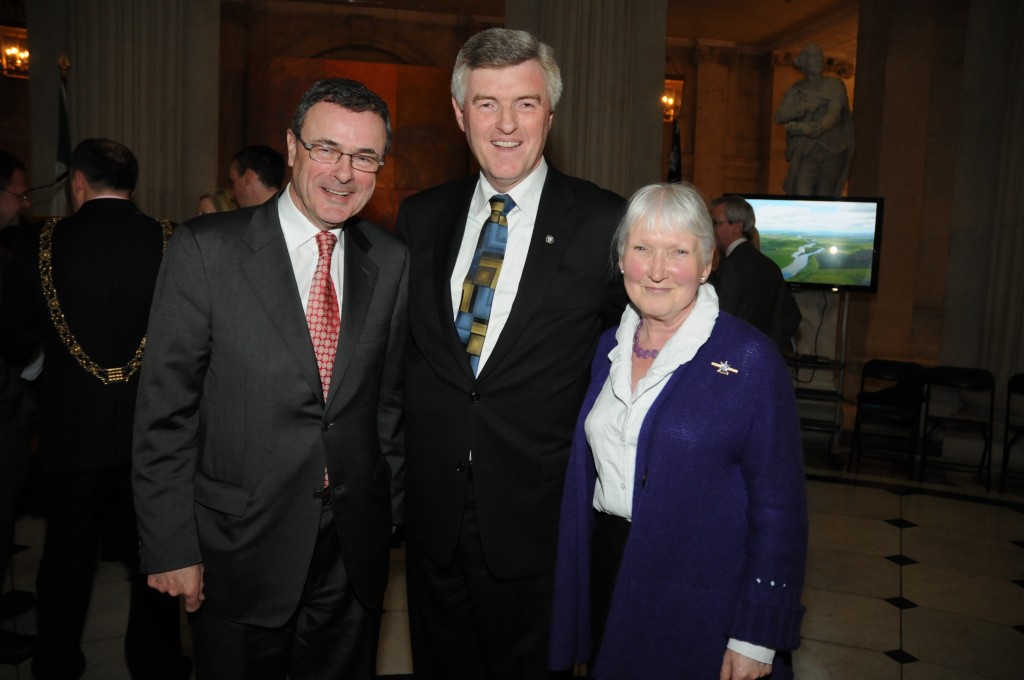 Alice Leahy, Director & Co-Founder of TRUST and former Tipperary Person of the Year pictured with former Dublin City Manager John Tierney (centre) and Vincent Norton, Executive Manager, City Manager’s & Corporate Services Department, at a function held in City Hall, Dublin on the 12th April 2013 to mark John’s resignation after six and a half years as City Manager. John, a native of Terryglass, will take up the position of Managing Director of Irish Water.