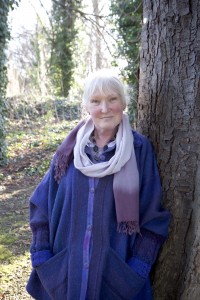 Alice Leahy is Director of Services of the Alice Leahy Trust. She was Co-Founder & Director of TRUST from 1975 – December 2015. The Alice Leahy Trust remains a non-judgemental, befriending, social and health service for people who are homeless. Former Chairperson of the Sentence Review Group, former Irish Human Rights Commissioner and former member Board of Management, Lusk Campus, Oberstown. She is also a writer, commentator, broadcaster and lecturer, promoting understanding of the needs of the outsider in society and daily in practical ways to help combat social exclusion.

Alice produced with two others “THE HOMELESS EXPERIENCE” a training module she co-facilitated for voluntary/community and statutory groups in Dublin. She also lectures widely to specialist groups and has directly contributed to public policy as a member of various policy bodies such as the Lord Mayor’s Commission on Crime chaired by Justice Michael Moriarty; a Working Party set up by the Minister for Health to look at the care of the disturbed Mentally Ill; and as a member of the National Crime Forum. Alice is also an honorary member of Rotary Club Dublin and was awarded a Paul Harris Fellowship from The Rotary Foundation of Rotary International.

Alice – a former nurse / midwife – with hospital consultants set up the first Intensive Care Unit of its type in Ireland at the request of the Medical Board at the then Royal City of Dublin Hospital in Baggot Street.

Active in the Simon Community for many years before setting up TRUST with others, Alice also served as Assistant National Director of Simon Ireland. She compiled the REPORT ON MEDICAL CARE FOR THE VAGRANT IN IRELAND in 1974, the first report of its kind published in this country. This report was based on questionnaires and hands-on experience carried out with a number of doctors in a voluntary capacity.

Alice co-authored with Anne Dempsey her first book “Not Just a Bed for the Night” in 1995, published by Marino. She also participated in John Quinn’s radio series about her experience in education called “My Education” (the interviews for which were later published as the book of the same name.) In addition she has published numerous articles in the national newspapers including The Irish Times, The Irish Examiner and medical and nursing journals. Her letters are published regularly in the national press and she participates frequently in radio and television discussions.

Alice’s most recent book, Wasting Time with People? was included in the non fiction best sellers list. This book was inspired by her experience working with the outsiders in our society and the importance of making time for others. That followed the publication of her highly successful second book: With Trust in Place – Writing from the Outside, which she also edited and compiled on the theme of the outsider. Both generated a huge reaction, the result of having drawn together an extraordinary cross section of contributors from all sections of Irish society including people who are homeless. These books have all been part of education initiatives to create awareness of the needs of those TRUST seeks to help on a daily basis. Other initiatives included the Trust National Essay Competition for Transition Year Students on the theme of The Outsider (2000 – 2001) and the Trust National Art Competition for all second level schools on the same theme took place during 2002-2003. “Building Trust in the Community”, funded by ESB Electric Aid and launched in 2005 was aimed at helping people make a difference in their own communities.

Alice has participated in a number of social documentaries over the years including the critically acclaimed television film – A Fragile City. This was her second collaboration with Anne Daly, co-founder of Esperanza Productions, with whom she first participated in producing a radio documentary about people who become homeless and which was nominated for the Prix Italia Award. An RTE tv. documentary “Wasting Time with People?”, part of the Would You Believe series was shown in February 2010 to which there was a huge response. This documentary highlighted the daily work of TRUST with active participation from people using the services of TRUST and others, included a brief history of TRUST since its foundation in 1975.

In recognition of the work of TRUST Alice was awarded an honorary doctorate from UCD (2003) and also named Tipperary Person of the Year for 2004, her own county where incidentally in 2010 she was Grand Marshal of the St. Patrick’s Day Parade in Clonmel. She has accepted a number of other awards over the years and always does so, as she emphasises, on behalf of her colleagues “as the work of TRUST is a real team effort.” Awards have included a Person of the Year Award (1988); Carers Award (1992); Lord Mayor’s Award (1993) and an Honorary Fellowship from the Faculty of Nursing & Midwifery, Royal College of Surgeons in Ireland (1999); the Belvedere College Justice Award (Nov 2003) and the first ‘Overall Winner’ of the Crystal Clear MSD Health Literacy Award in 2009 for her life’s work in combating social exclusion. Alice is also a former member of the Board of Management of Rathmines College. In 2017 Alice received an Honorary Fellowship from The Royal College of Physicians of Ireland (RCPI).

In 2018 she received an International Human Rights & Nursing Award from The International Care Ethics Observatory and the Humanitarian of the Year Award from the Irish Red Cross. Her memoir “The Stars Are Our Only Warmth” written with Catherine Cleary and published by O’Brien Press was released in October 2018.