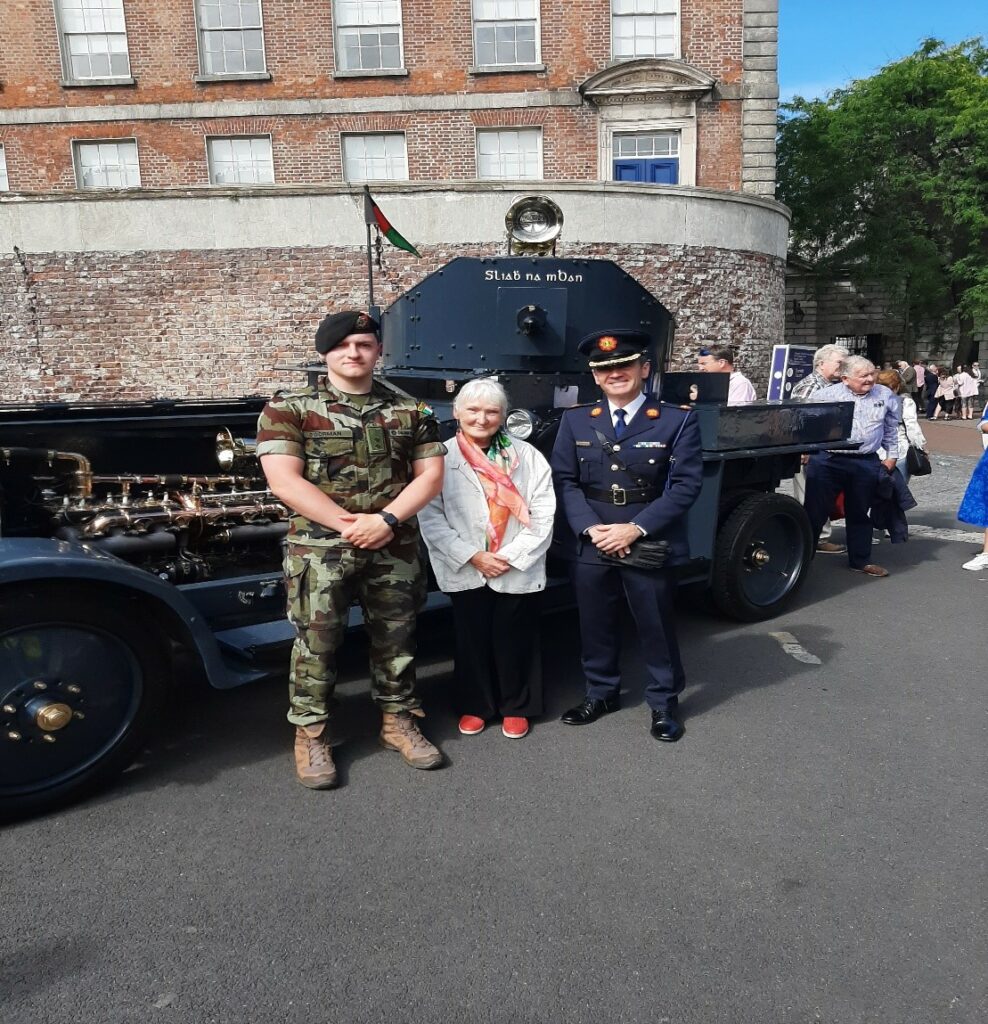 Three Tipperary people photographed in Dublin Castle on Saturday 27th August 2022 at An Garda Síochána’s Centenary Celebration Event beside the Armoured Rolls Royce Car “Sliabh na mBan”. This car formed part of General Michael Collins’ convoy which was ambushed on 22nd August 1922 at Béal na Bláth in West Cork. The ambush resulted in the tragic death of General Collins, who was then Commander in Chief of the National Army.